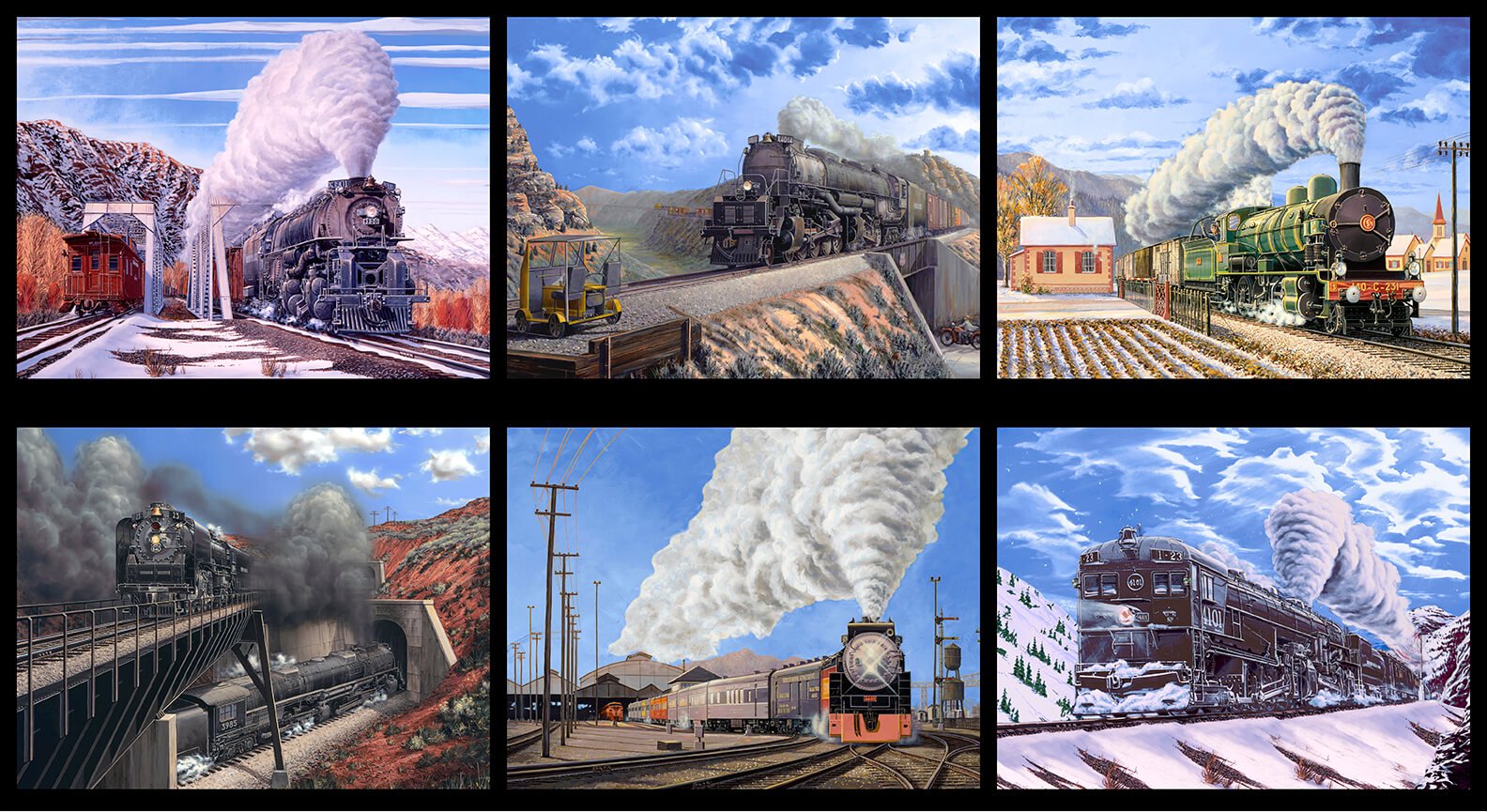 My interest in train painting began as a child with the trains my Grandfather operated. This admiration and awe kindled a desire to capture the machinery. This was in the late 1960's on the west coast of the United States. As my interest in 'Railway Art' expanded so did the study and education of trains. I discovered professional railway artists such as Howard Fogg, Grif Teller, Harlan Hiney, and Ted Rose to name a few. These artist captured the railway scene in earlier times for both advertisement, corporate collections, and private enthusiast. These masters demonstrated the possibilities. I started collecting books and magazines on the subject to learn as much as possible. I began painting the trains which operated on the railroad my Grandfather operated on; Southern Pacific. I also painted and the nearby Tourist Railway; Roaring Camp and Big Trees Narrow Gauge Railroad. By the time I was in my twenties I had not only a desire to paint trains, but to work on them as well. I began a life-long career working on railroads and my art travelled along for the ride. The subject matter would often reflect the railroad I worked for and occasionally a commission would challenge my comfort zone. My career path is Roaring Camp, Durango and Silverton, and currently the Union Pacific. Much of my work is centered around these companies yet I do venture to the French Railways on occasion since my father is French and my brushes have visited places such as Canada and Hawaii for a couple of examples. All in all, it has been a great adventure and I look forward to where the rail lines will take my brushes.